Open for 16 days during the summer of 2018 the THIS CLASS WORKS exhibition drew in over 10,000 visitors and was a resounding success. A highly ambitious project, the exhibition was built in a former spring factory, a fitting location as its principal aim was to explore and celebrate working-class culture. Alongside Pete’s large body of work which included paintings, sculptures and installations, was the work of several other artists, making this exhibition the most collaborative McKee show to date. The artists’ chosen medium varied yet all of their work explored facets of working-class life.

A short documentary by videographer Ndrika Anyika was shown before entering the main exhibition space. This film featured a variety of people who shared their varying outlooks on what it means to be working class. Actress Maxine Peake wrote an introductory text which principally explored creativity amongst the working class. Her text was blown-up and displayed at the beginning of the exhibition.

Arresting black and white photographs from the series Youth Unemployment by the late Tish Murtha documented working-class youths in Newcastle’s West End between 1971-1981. Natasha Bright’s colour photographs of working men’s clubs gave an intimate insight into these social spaces, exploring the significance they still hold for many older generations. Artist Jo Peel exhibited large paintings of pubs around Sheffield, all of which are located in both industrial and post-industrial areas of Sheffield.

The evocative poems Spanish Dolls and Playing Out, the former by performance poet JB Barrington and the latter by Jon McClure, lead singer of Reverend and the Makers, were blown-up and displayed on large exhibition walls. Both works explored the nuances of working-class life and nostalgia. Alongside a beautifully constructed sculpture made of swarf, Anthony Bennett worked over the 16 day period producing a sculpture inspired by public submissions of their working female relatives.

Sarah Jane Palmer’s What will the neighbours think? evoked Palmer’s memories of living on a council estate with her grandma who would twitch the curtains constantly, an activity bordering both privacy and illicitness. Gabriel and Martyn Ware created a sound installation which surrounded an enclosed altar-like scene with one of Pete’s paintings above it. The installation continuously played a piece of music entitled Coming Home which created a triumphant yet sombre atmosphere that helped further communicate the emotion of Pete’s painting depicting a man at the end of his days. 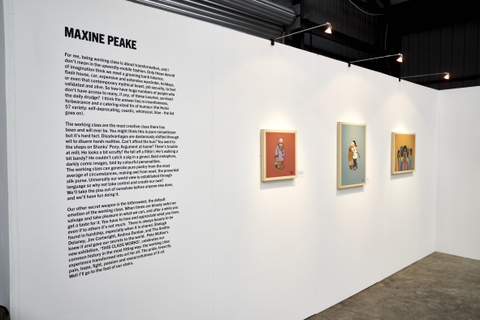 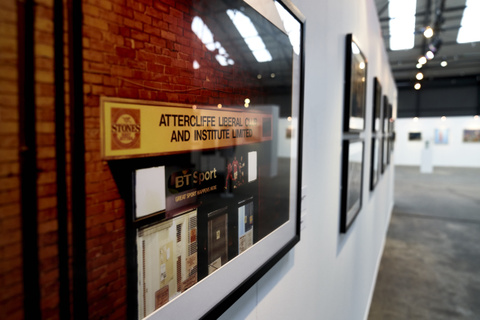 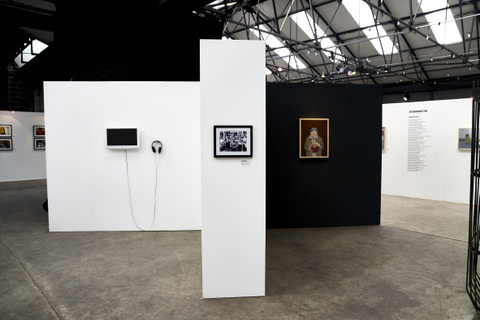 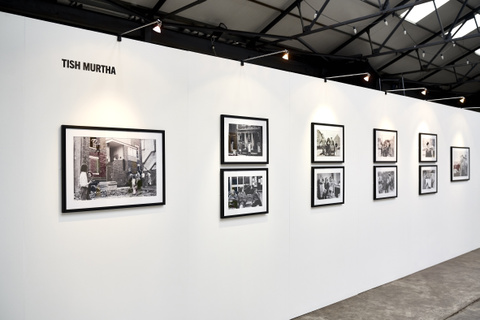